Bjørn Fjeldvær was born on the farm Fjellvær on the small island Fjellværøya. He grew up in the 70s, before Norway was a wealthy nation, it is said. But then the freedom and richness was this: Pigs and chickens running in the yard, cows and bulls in the barn, potatoes and carrots in the field, big berry bushes and delicious strawberries in the garden, all kinds of fish, lobster, crayfish and large crabs in the sea.

Hitra and Frøya have become an eldorado for seafood and farm food, with produce of local cheese , farming of deers and wild sheep.

Fjellværøya is connected to the islands Ulvøya and Hitra. Hitra has an underwater tunnel to the island Frøya and an underwater tunnel to the mainland. Today it is easy to travel between Trondheim and Hitra, by car, by bus or by boat. Hitra harbor is located in the middle between the cities Trondheim and Kristiansund which is called at several times every day.

The islands’ anthem “Hitra Frøya and Fjellværøya” was composed by Bjørn in 1992, when the first bridge was opened by the King of Norway, Harald. Since then, the song has become a local hit and “public property” and it is used in many occasions and several royal visits (click links below)

In 2002, Bjørn received the municipality’s annual award for his music and lyrics, and the following year he started a new career as a restaurateur with his wife Mette at Hopsjøbrygga. Hitra’s largest summer restaurant which had a concert stage both inside and outside was a well-known arena for Bjørn as a musician, and the couple got off to a “flying start” with full houses from the opening day. Local food traditions were already established here, and were continued with Bjørn, Mette and a fresh young chef, Petter from Frøya, who was perfect for the bacalao lovers.

After 3 years at Hopsjøbrygga, Bjørn and Mette opened a guesthouse in the center of Hitra. Here everything they had learned at the summer restaurant was continued, and with 6 rooms for accommodation with breakfast, it led to early mornings and late evenings. The couple built an outdoor stage and outdoor restaurant with large luminous parasols, and music was hired with well-known Norwegian artists. New success.

Eventually, the couple arranged music festivals and Hitra’s first food festival with the big seafood companies as sponsors saw the light of day. All small-scale companies on Hitra and Frøya lined up, and the food festival existed until Mette and Bjørn decided to move from the island after a total of 12 years. All three children had moved to Trondheim, and the parents moved after.

Bjørn and Mette bought a house in Trondheim in 2016. The little red house in Ilevollen was already well known, because a famous and beloved author lived here. She shared her knowledge of the house and the area, of the tombstone in the garden and of King Sverre’s achievements outside the house (a statue of King Sverre towers outside the kitchen window). Sverre was banned for speaking against the Pope in Rome, and we praise him in the National Anthem. Sverre won the great “Battle of Ilevollene” which took place right outside the house in May 1180. Ila (the area) is known for a bustling cultural life at the turn of the last century , as this is the place all business travelers, sailors and farmers stayed overnight when the city gate closed for the evening. Ila was the city’s Wild West!

The little red house is today the city’s only residential house with dining and liquor license, the first license given by the municipality since the 70s! Bjørn’s guests often listen to the cheerful story of how it happened, which ends with a toast to the city mayor, who by the way comes from Hitra!

The family that played around the world

In the summer of 2011, the Brasøy Fjeldvær family went on a journey that lasted until the summer of 2012. The family of five traveled the world as musicians with the artist name “BFFamily”. It was an adventure trip where the family got to know contrasts: From staying overnight at the railway square to dining at a four-star hotel (pre-booked gigs). The children all sing and play different instruments and there were often performances in squares and streets, where they were invited home to families to live. Among the places the family lived and held their concerts:

London, Brussels, Malta, Italy, Eiffel Tower in Paris, one week at an orphanage in Tanzania, Taj Mahal in India, Safari and overnight in the African jungle, Elephant safari in Thailand, Kowloon Park in Hong Kong, New Year’s Eve in Sydney, Walk of Fame in Hollywood, Carnival in Rio de Janeiro!

After returning home, there were performances on NRK (the National Television) and TV2 as well as many concerts and performances at festivals and culture houses.

The book “BFFamily – The family that busked around the world” can be purchased at Visit Bjørn.

The King and the Queen

In 2014, Bjørn was invited aboard the Royal Ship “Norge” and was greeted by His Majesty King Harald and Queen Sonja. Although the outfit, cotyme and how to address the majesties were thoroughly described in the invitation, Bjørn’s opening remark deviated slightly from the form. The king’s response and the Queen’s follow – up gave the mayor a chin … The conversation and the first royal meeting are described when serving the royal dessert in the living room.

Trondheim “The home of the Trønder” has had many dear names, including Nidaros and Trondhjem, and is far older than we thought when we celebrated the millenium anniversary in 997. The city was for a long time the country’s capital, and all of Norway’s kings are crowned (recently signed) in the city’s pride Nidarosdomen (Nidaros Cathedral). From the early Viking kings to today’s King Harald. Next to the towering church is the archbishop’s farm which houses Norway’s crown jewels and royal history.

Today, Trondheim is an important university city, a driving technology city, an innovation city, a climate city and not least: the country’s culinary capital! The city has developed from being a trading town that sells food, to also becoming a producer of a huge selection of local food and local drinks. Sustainability and old traditions have been highlighted with one hand, while the other hand is stretched towards the future, and together these hands have created a commitment with flavours, products, restaurants and experiences that have reached far beyond Norway’s borders.

Locomotives such as Fagn, Credo and Britannia make the train roll on steady rails. Rails added with public commitment, destination companies and private engagement that have borne fruit and a freedom that Bjørn remembers from his childhood paradise on his island. 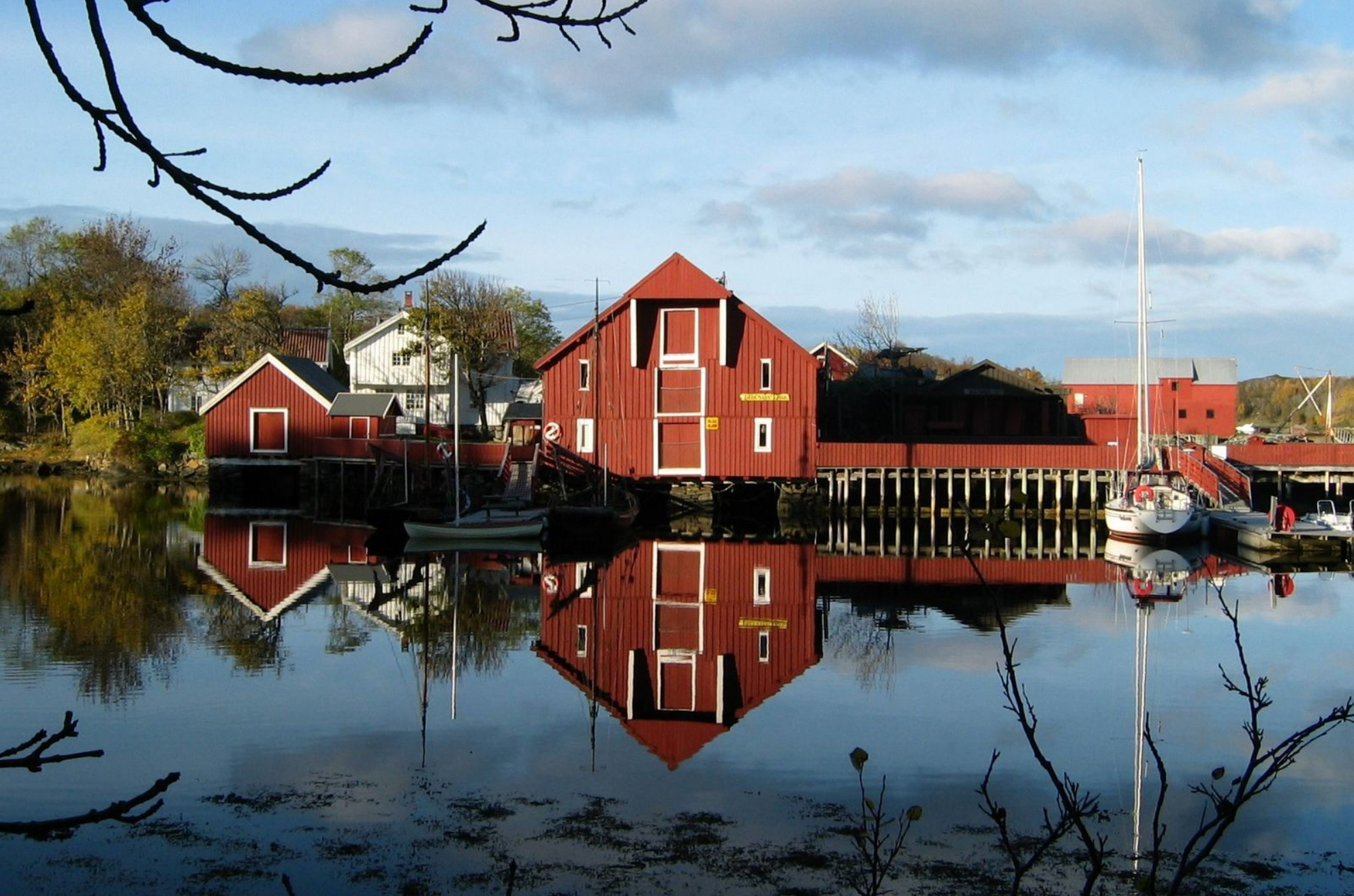 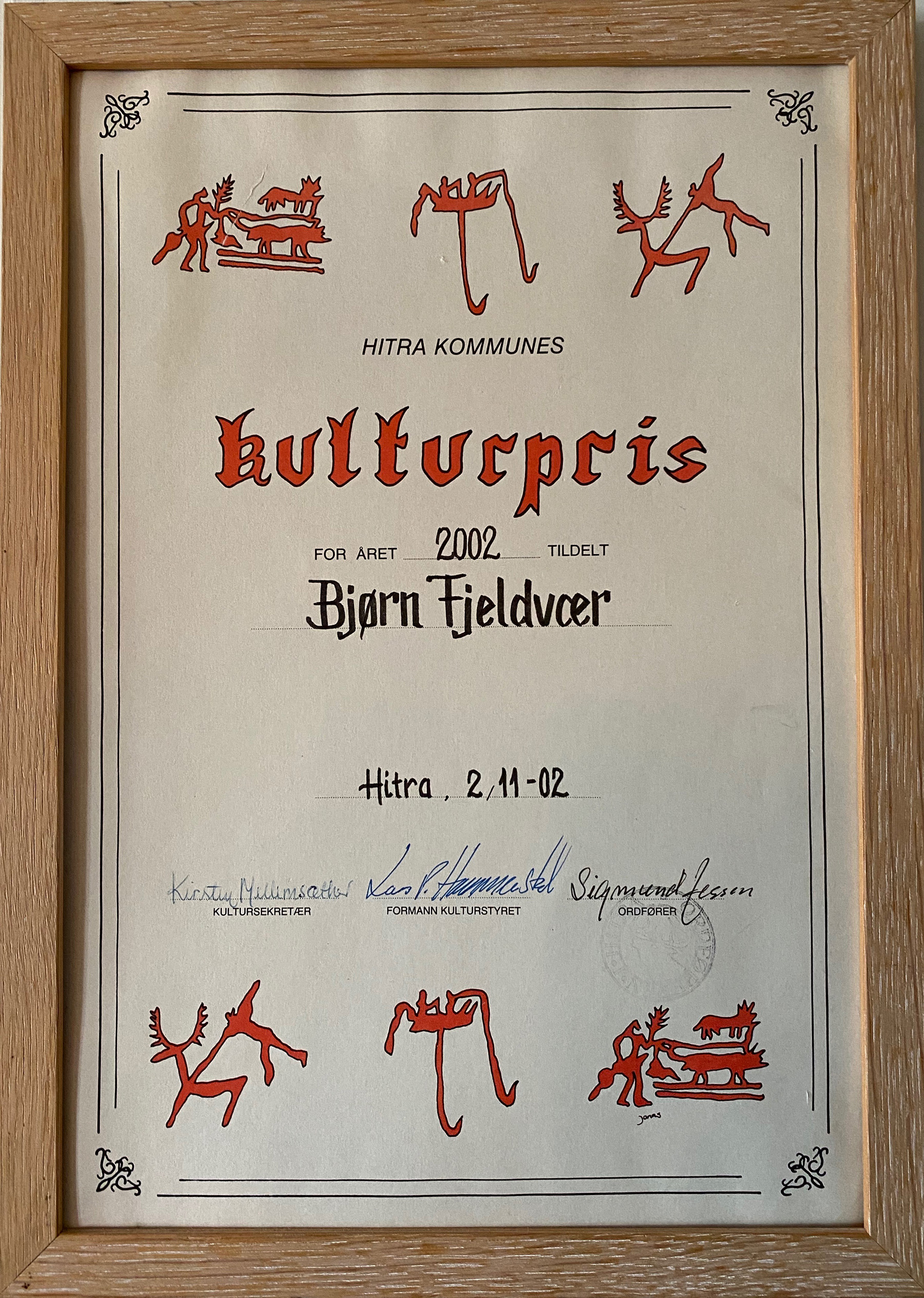 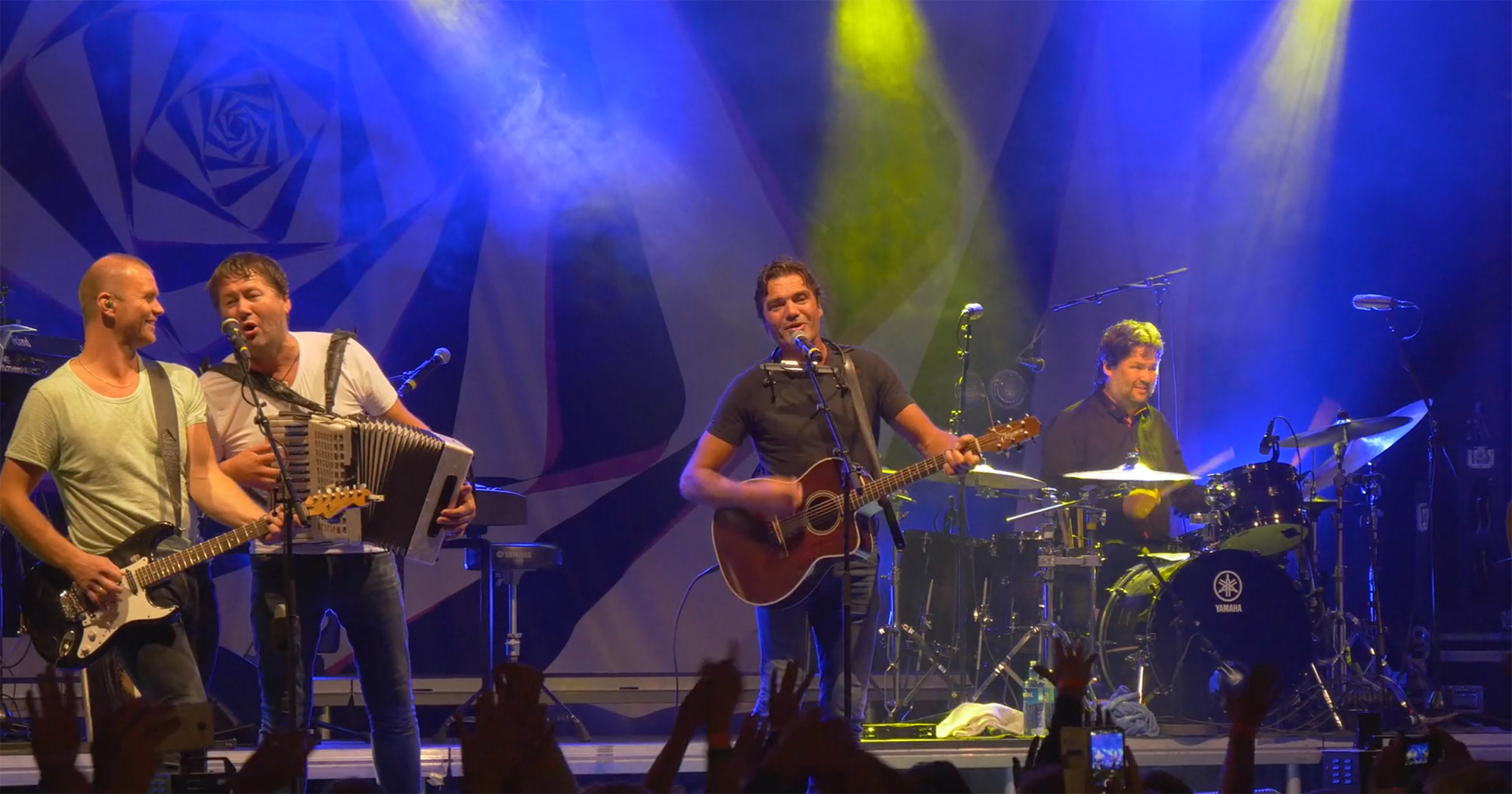 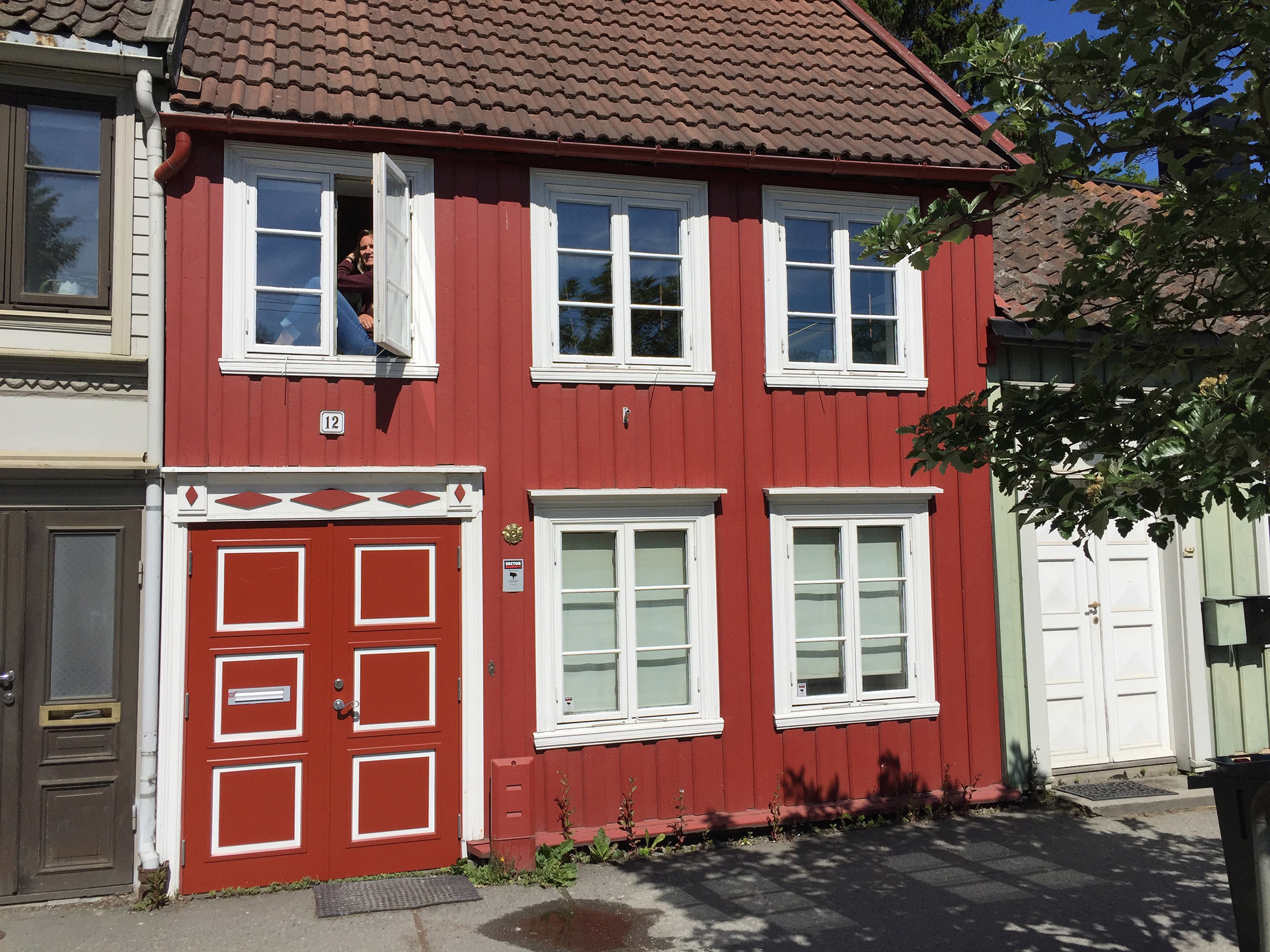 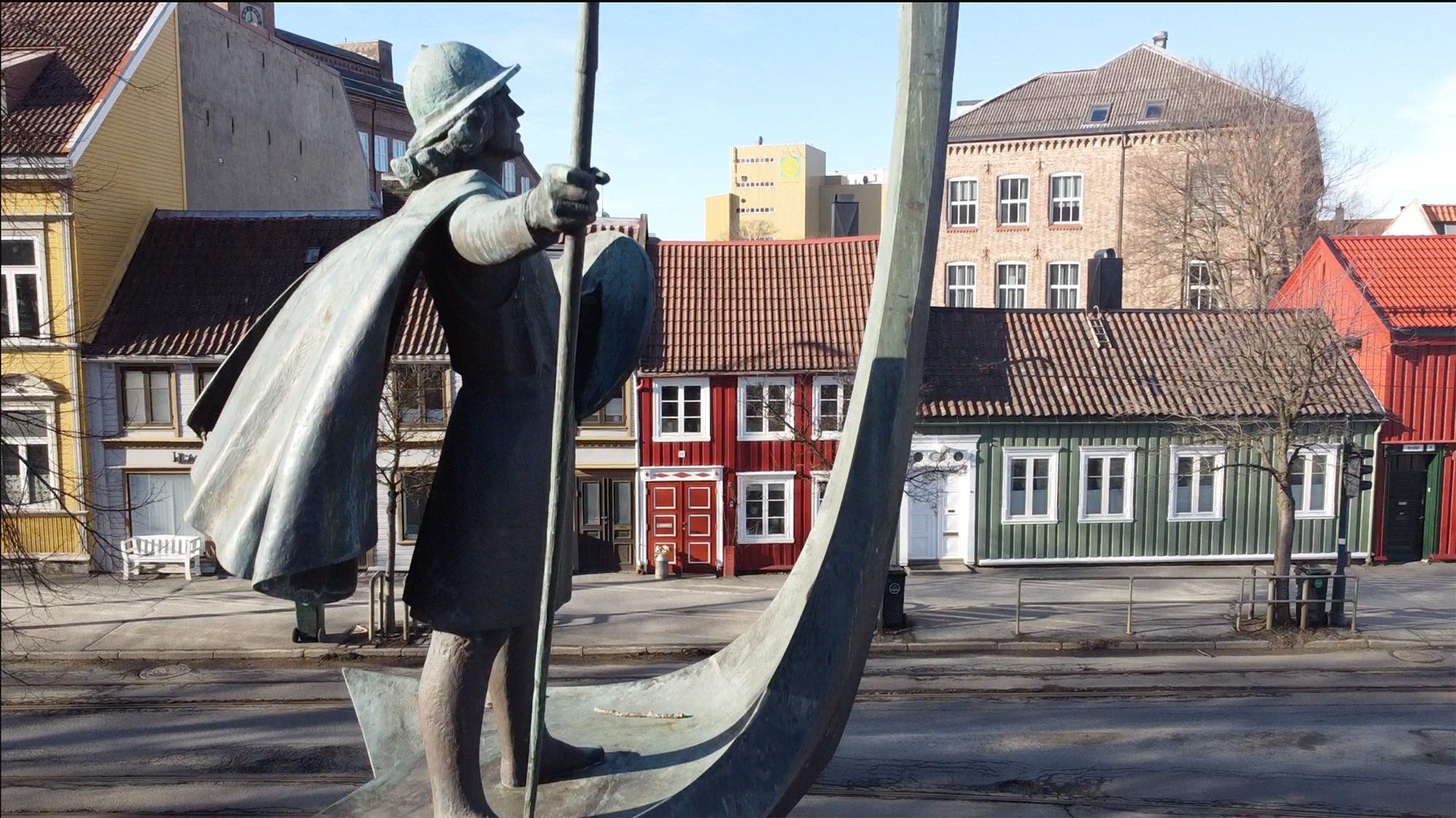 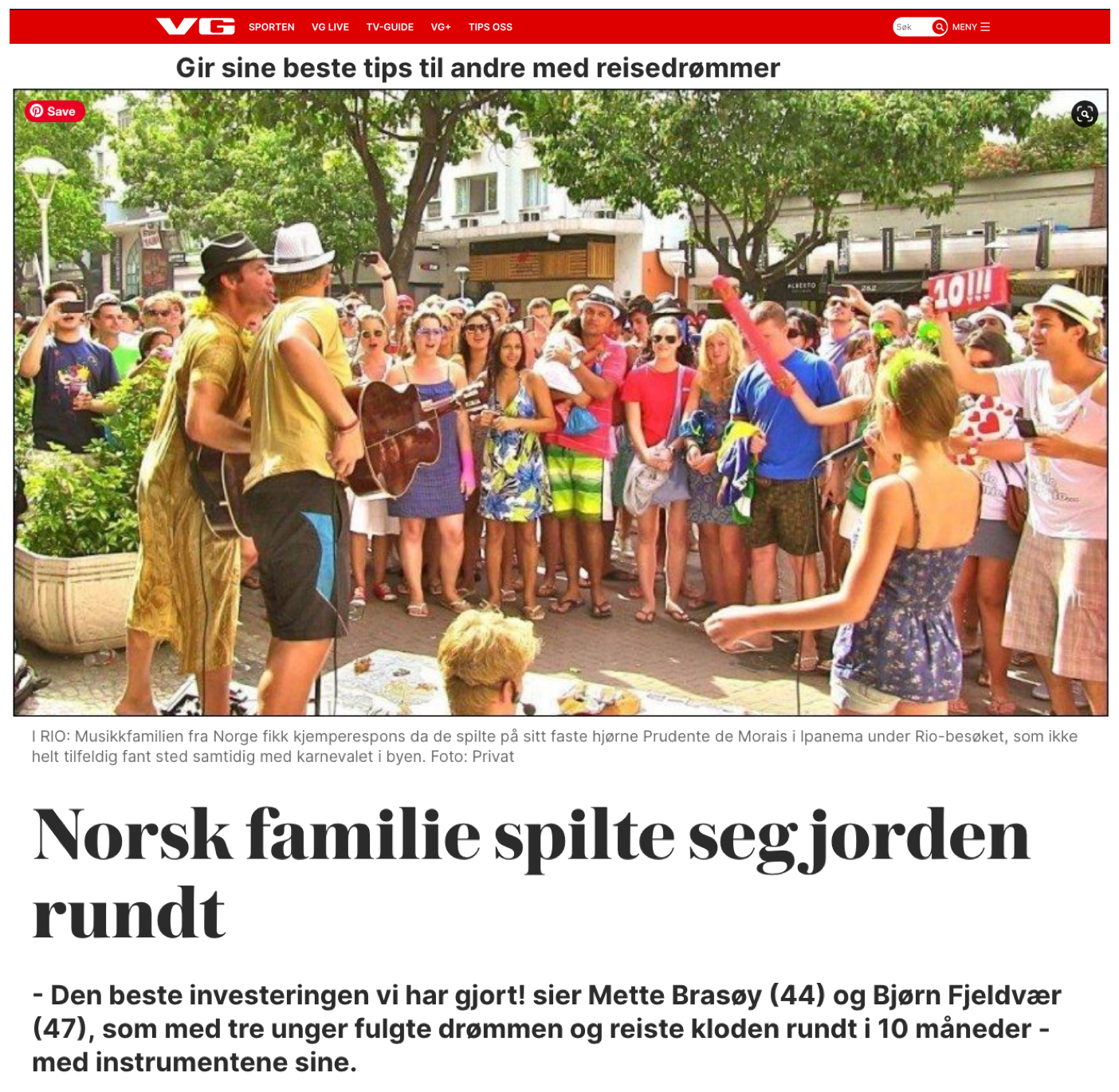 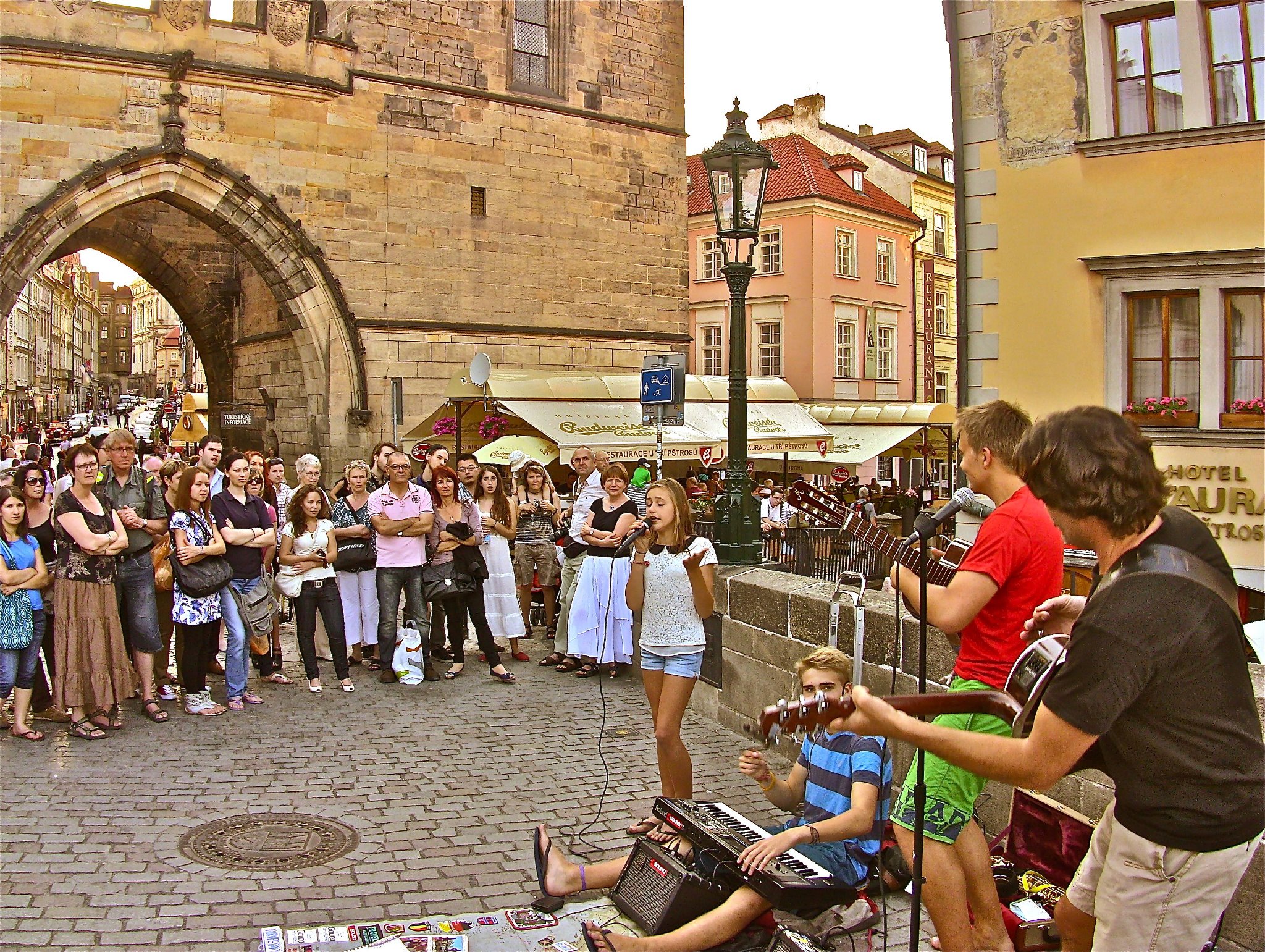 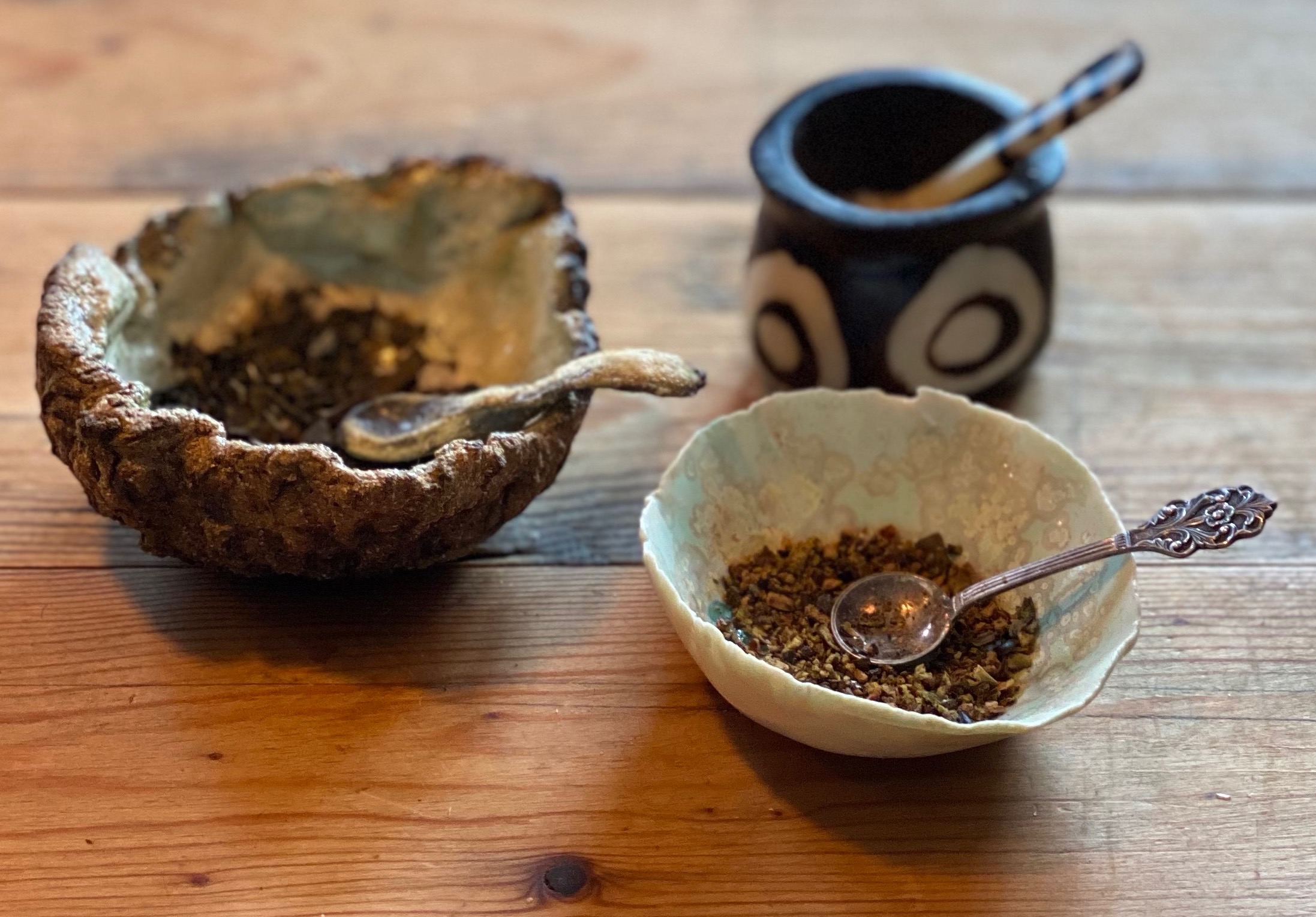 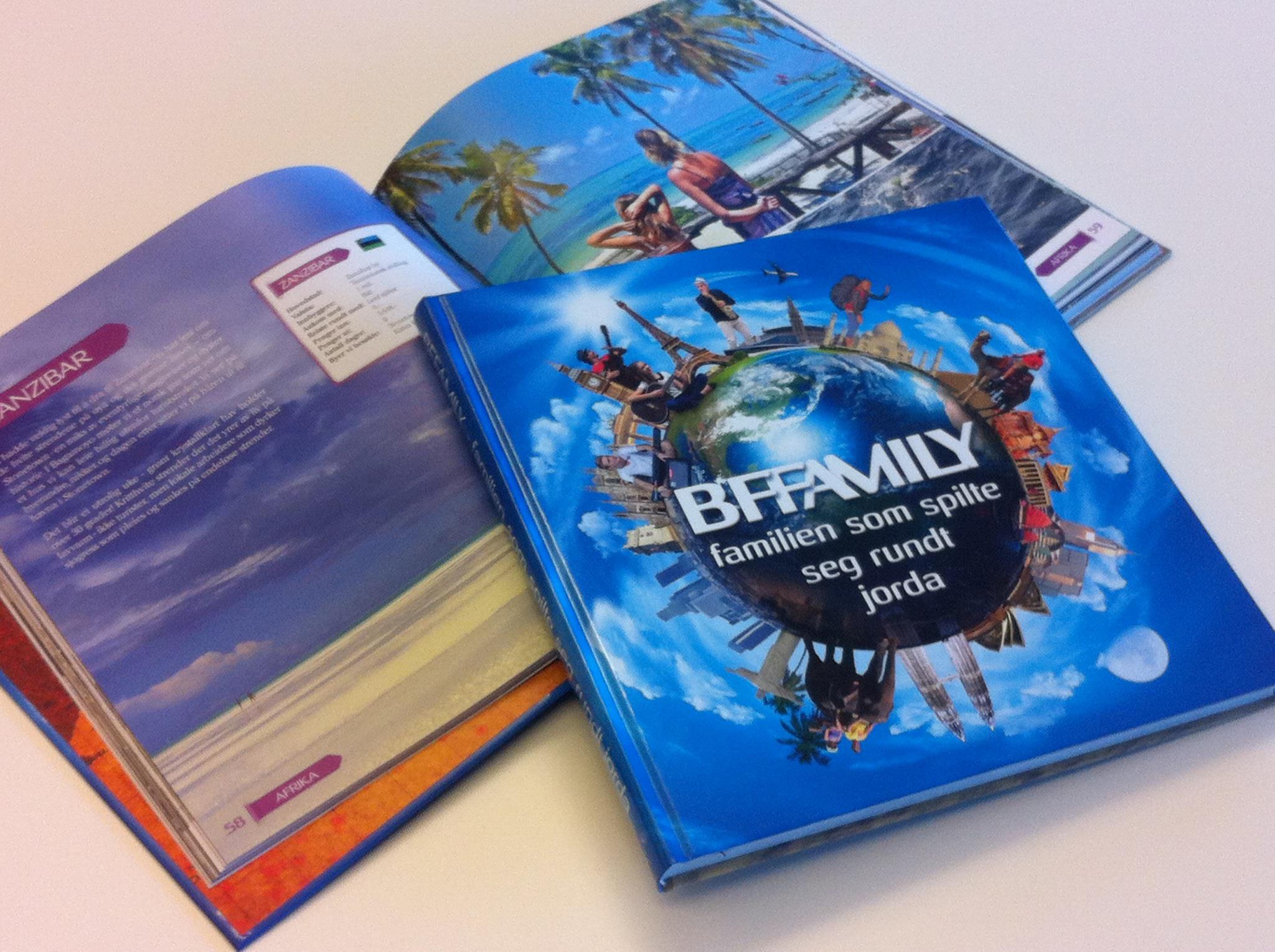 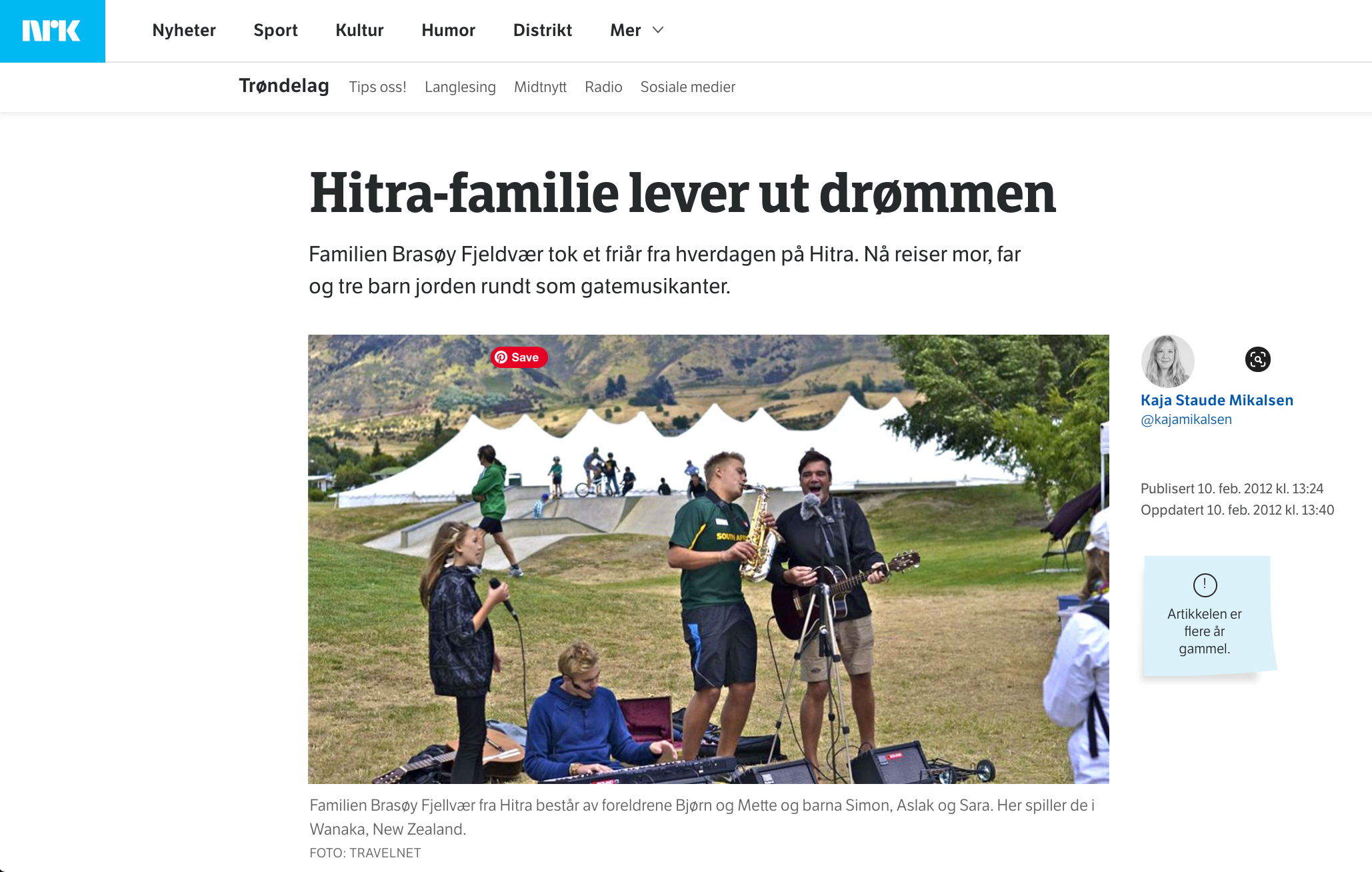